It’s late but, yes, that’s my weak attempt at some October title humor. My search for better employment (including job fairs, workshops, etc.) takes up an annoying amount of time.

So, just get to the photos!

Original Ken snags this sweet Articulated Truck by Matchbox. Its base states that it’s actually at 1:115 scale. 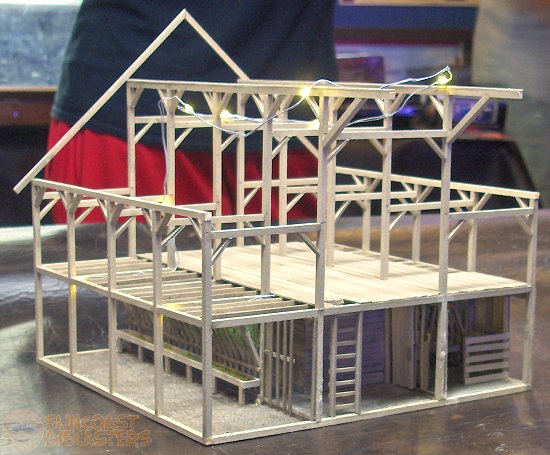 A Work! in! Progress!

Seriously, though, please take time to appreciate the effort Dough puts into these builds. Each of those pieces is hand-cut.

I’m particularly curious about that blue fellow at the left, there. 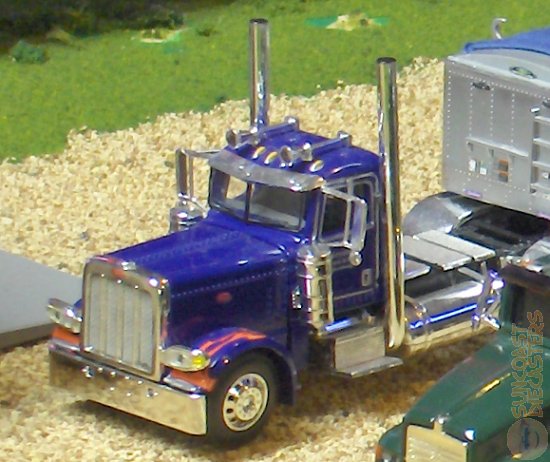 Of course, the GMC looks good in *any* paint scheme.

Even though it was Saturday, Big Rob brought in a little #ThrowbackThursday by wearing his old Hot Nuts T-shirt. I’ve mentioned before that Hot Nuts was the predecessor to Suncoast Diecasters.

Having a Flame Sprite emoji in the logo is what doomed the club.

I know for a fact you were trying to sing along, though. Don’t deny it.

In reality, this is a super-sweet find by Big Rob. It’s a 1965 Strombecker Cheetah slot car. It’s 1/25th scale, which gives you an idea how small those cars really were. Its chassis is by Dynamic, typical for the ’60s. Original Ken, who knows a thing or four about slot cars, advised Rob to not try to make it run again. He (O’Ken) says “it will never be as fast as today’s slowest cars, and many original parts like threaded axles and wheels are no longer made.”

Hey, mister! Your thing is dragging!

What can I say? Big Rob, thank you, and thank you again, and thank you once more. He RAOK’d me with these two large-scale RC replicas of Twin Mill and Sweet Sixteen II. These massive rides are over 12″ long!

It was one of those meetings where practically everything stood out in its own way. I’ve made it a rule for the site not to have multiple FotMs; so after careful consideration, I have selected Big Rob’s Strombecker Cheetah, and his box-busting Hot Wheels RAOK to me. Congratulations, Rob; both of our Dual Finds of the Month(**) for October 2018 are yours!

See you at our November meeting! –Which is this Saturday!